Teeth Whitening is often desirable when teeth become yellowed over time for a number of reasons. It can’t make your teeth brilliant white, but it can lighten the existing colour by several shades.

We use a tray system for all our tooth whitening cases. This involves taking impressions of the teeth at an initial appointment and demonstrating the whitening process a few days later. Whitening gel is placed in the trays. The trays are worn overnight or for a period of 2-3 hours in the evening time. Generally we require about 3 weeks for this process to ensure a good long term result.

It is important that we do a thorough examination of the teeth and gums prior to starting to ensure you are suitable for whitening. If there are white fillings, crowns or dentures towards the front of the mouth this is significant as they will not change shade and we may need to consider replacing them afterwards. 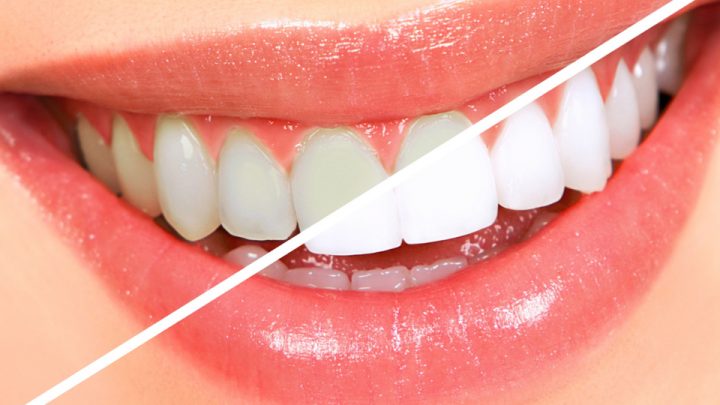 Whitening the teeth can make them slightly sensitive during the process. This will settle soon after we finish. If sensitivity is an issue it might be worth using the trays on alternate days over a longer period. This will still ensure the same result but reduce the sensitivity.

The ‘in chair’ method of whitening involves the use of much stronger whitening agents, which are likely to cause increased sensitivity. This process is also likely to contravene the EU directive (2012) banning whitening agents containing over 6% Hydrogen Peroxide. The other major drawback of in-chair whitening is that to top up the whitening effect the procedure has to be repeated, which makes it far more expensive long-term. The trays we make can be reused in the future and typically only a small amount of whitening gel is needed to achieve this at minimal additional cost.

Whitening is a great way of producing a dramatic improvement in tooth appearance and smile without doing a lot of dentistry. We have very high levels of patient satisfaction with this procedure.